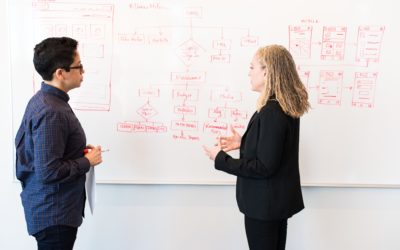 While there is a myriad of sectors that form the global workplace, there is a common factor that applies to all: Irrespective of a business’s area of expertise, company culture is in place not only to shape the organisation’s ethos but also to influence the performance of employees.

What is Work Culture?

Work culture epitomises the character and identity of an organisation.

A company’s work culture exemplifies a multitude of aspects, including traditional core values and beliefs, as well as expectations for employees concerning behaviour and interaction within the workplace.

Businesses with a refined work culture are instantly recognisable. A business persona is influenced by an extensive range of features, including leadership, management, workplace practices, policies, and people.

Why Culture is Essential

Culture is a vital constituent when pursuing a business goal. Although the business strategy is also essential, a positive culture is a quintessential element for any company for several reasons:

Leading Culture Change can be Challenging

There are times in life when we are confronted with obstacles that need to be overcome, scenarios that are challenging and put us out of our comfort zone. These are otherwise known as situational triggers. During these times, mindset and how we approach change is critical.

When faced with a challenge, we can respond in one of two ways: By choosing the path of possibility, or the path of limitation.

Sometimes associated with the ‘glass half full’ analogy, those who adhere to the path of possibility choose to focus on strengths, seek opportunities, whilst attempting to consider solutions for a predicament.

Those who prescribe to this mindset are positive in their approach, trust others and engage with their peers whilst promoting a sense of self-confidence.

Conversely, people who opt to deal with difficulties by veering down the path of limitation are often characterised by weakness and envision quandaries, rather than potential solutions.

Such is the negativity surrounding their mindset, that this hinders potential solutions, instilling a sense of self-doubt. Consequently, this often drains energy from a group and can encourage disengagement and negativity.

It’s essential to embrace the path of possibility, rather than offset possible resolutions by opting for the path of limitation.

The Importance of Cultural Change

Latin writer Publilius Syrus once mused “a rolling stone gathers no moss”, an apt proverb when referring to the world of work and cultural change.

Business is a ruthless environment; it’s impossible to establish a winning formula if you’re not amenable to change.

Circumstances sometimes mean a company needs to reassess its options and apply a methodical approach to ensure that they don’t wallow among its competitors. While the world is continually changing, this doesn’t mean that we’re unable to reassess our tactics. Businesses who refuse to embrace change are often left rueing their reluctance to adapt.

For instance, throughout the 1990s, Finnish mobile phone manufacturers Nokia were leaders in the mobile phone market, outperforming competitors Sony-Ericsson and Samsung.However, when plans for the first iPhone was unveiled by Steve Jobs, Nokia failed to amend its working culture when faced by a tangible competitor. Upon being faced with their situational trigger, i.e. the emergence of Apple’s iPhone, they veered down the path of limitation, rather than choosing the path of possibility.

In failing to embrace the strengths of their workforce and change their culture, this has since opened the door for Apple to solidify their status as the undisputed market leader in mobile technology.

More global businesses are becoming receptive to change and are deciding to incorporate a strength-based practice in efforts to optimise the potential of their workforce.

Whereas companies previously opted for an approach based on core principles of hierarchy, it’s been suggested that more people are adapting their company culture and presenting a more flexible mindset, allowing their workers to embrace more opportunities whilst becoming more adaptable and independent.

These newfound philosophies have permitted companies to designate workers to projects that match their specialist areas, thus enhancing their overall proficiency and value for the company.

It’s a widespread misconception amongst senior figures in companies that a solo approach must be adopted in their efforts to instigate change and successfully compete.

While there may be some instances where this is the case, the view from senior staff that their status ousts the skillset of their workers is one-dimensional and narcissistic. Instead, it’s preferable and more productive to assess the options within their workforce, identifying areas whereby individual qualities can be utilised via the introduction of a strength-based culture.

By harnessing the individual and collective strengths of their people, in order to deliver change companies can:

Is your company striving to adopt its company culture? Do you need advice on how to identify employee strengths to greater effect? Call Co-Creation on 07876 024555 or email info@co-creation.group for bespoke advice.

We use cookies on our website to give you the most relevant experience by remembering your preferences and repeat visits. By clicking “Accept All”, you consent to the use of ALL the cookies. However, you may visit "Cookie Settings" to provide a controlled consent.
Cookie SettingsAccept All
Manage consent

This website uses cookies to improve your experience while you navigate through the website. Out of these, the cookies that are categorized as necessary are stored on your browser as they are essential for the working of basic functionalities of the website. We also use third-party cookies that help us analyze and understand how you use this website. These cookies will be stored in your browser only with your consent. You also have the option to opt-out of these cookies. But opting out of some of these cookies may affect your browsing experience.
Necessary Always Enabled
Necessary cookies are absolutely essential for the website to function properly. These cookies ensure basic functionalities and security features of the website, anonymously.
Functional
Functional cookies help to perform certain functionalities like sharing the content of the website on social media platforms, collect feedbacks, and other third-party features.
Performance
Performance cookies are used to understand and analyze the key performance indexes of the website which helps in delivering a better user experience for the visitors.
Analytics
Analytical cookies are used to understand how visitors interact with the website. These cookies help provide information on metrics the number of visitors, bounce rate, traffic source, etc.
Advertisement
Advertisement cookies are used to provide visitors with relevant ads and marketing campaigns. These cookies track visitors across websites and collect information to provide customized ads.
Others
Other uncategorized cookies are those that are being analyzed and have not been classified into a category as yet.
SAVE & ACCEPT